THREE IN ONE: 1 DAY, 3 PILGRIMAGES

We are on pilgrimage, wherever we might be. Whether stuck in traffic, walking around the neighborhood, slowing down on the Labyrinth, or hiking the Camino de Santiago ... when seen in a certain attitude, every step may become a faith-full one.

The marvels of this huge and noisy city are everywhere, if one takes the care to see them. Seen in a certain attitude, the hugeness of Seoul means one is never far away from some pilgrim's path. In that same certain attitude the huge noise of Seoul is just the static overlay covering over choruses of historic and current voices of faith. They're everywhere, if we can tune our ears.

Members of my class at Ewha this summer participated in a long day this week to visit three such sites. Come, and overhear.

(1) Jogyesa is the headquarters of the largest order of "Zen" or sitting Buddhism in Korea. Located in downtown Seoul, it is always a beehive of activity of prayers, incense, meditation, visitors, the faithful. Every time I have visited (now over ten times), the huge Dharma Hall has had a service of chanting or instruction in progress. Two trees nearly 500 years old each stand tall at two sides of this hall (shown at minutes 1:20" and 3:35" in the video just below).


My students and I explored the area, visited the museum featuring an exhibition of Dharma Bells (example pictured below), and spent 15 minutes in quiet meditation. 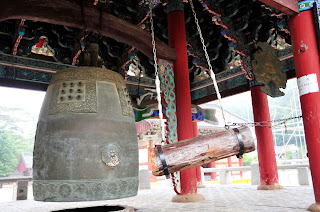 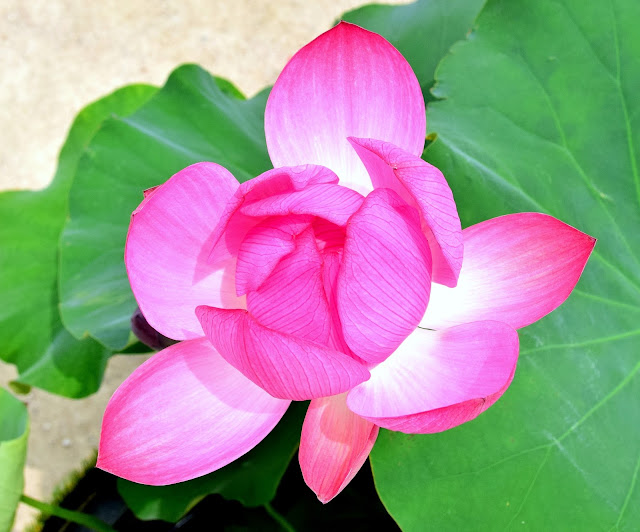 Lotus is a classic metaphor for Buddhism; rooted in darkness, it grows up to a beautiful flower. 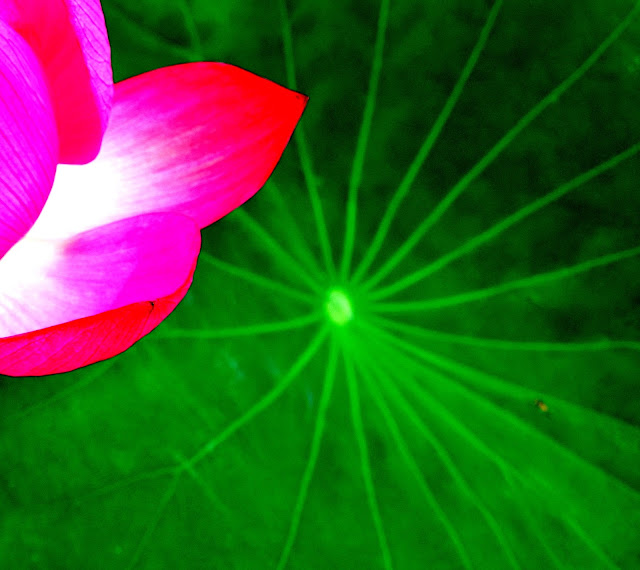 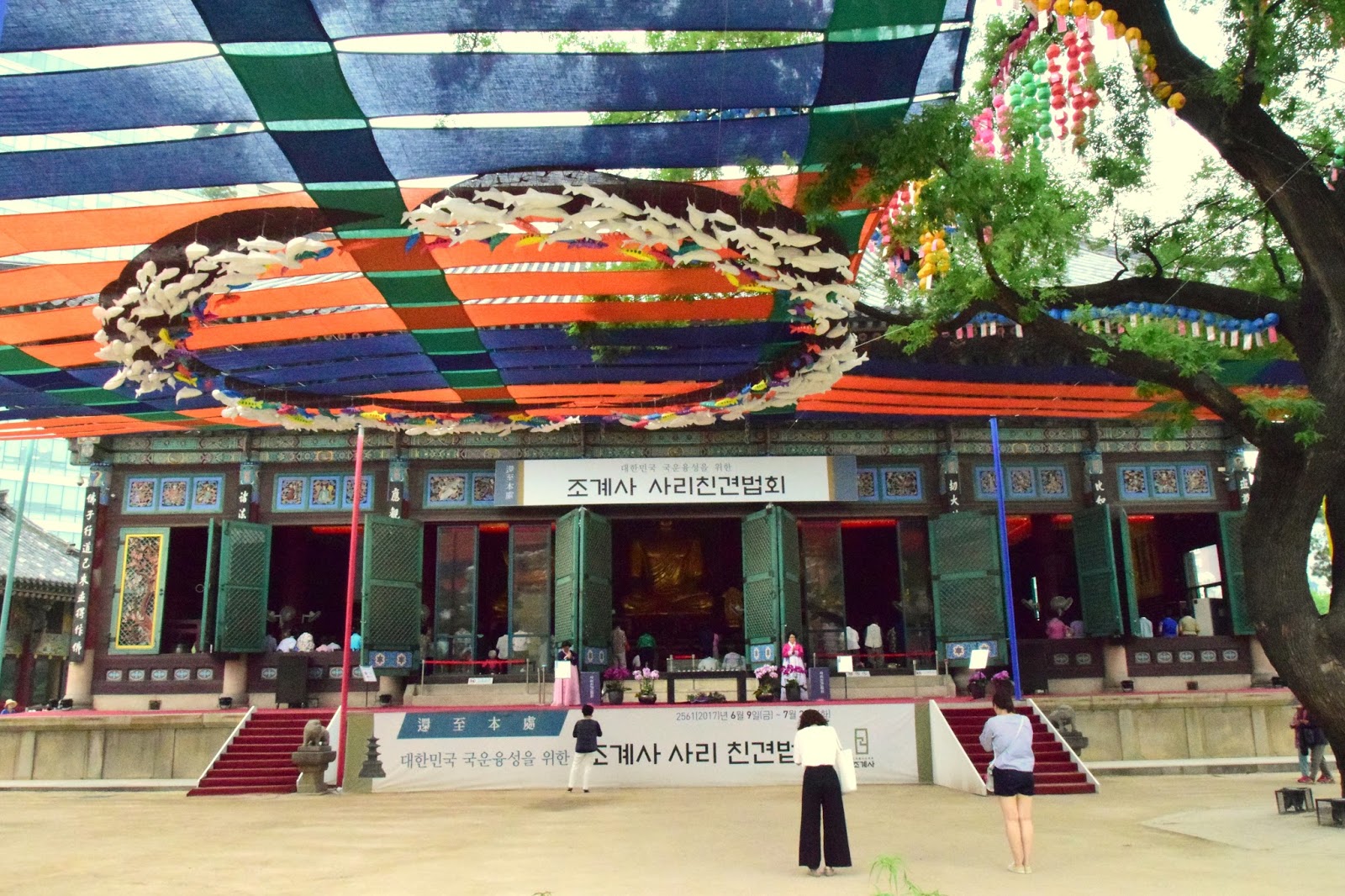 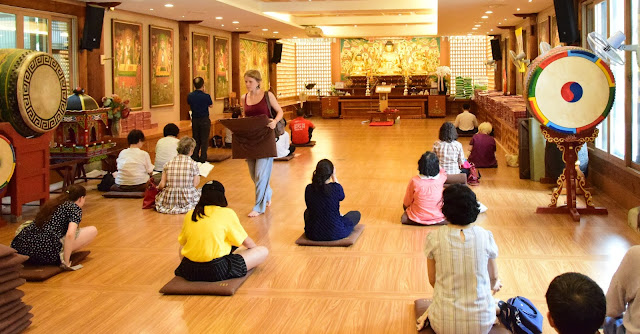 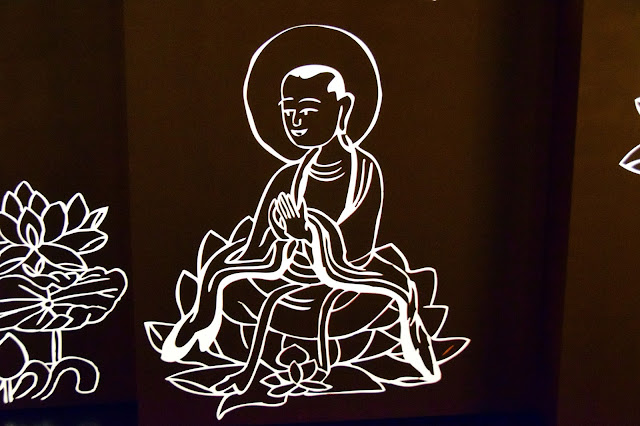 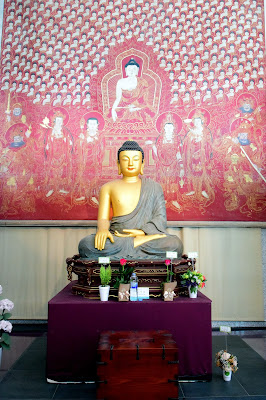 (2) One of our class members is Catholic, so our pilgrimage of faiths from Jogyesa took us to a Catholic Shrine on a small hill on the bank of the Han River. Jeoldusan Martyrs' Shrine (Jeoldusan literally means "Beheading Hill") was established to remember and honor the nearly 2000 Catholics who were martyred during the Byeongin Persecution of 1866. This was the fourth and last major execution of Catholics in Korea. On this site, up to 2000 Catholics were killed, by beheading or being thrown into the Han River from the cliff, shown here in an old painting just below. (Look closely at the painting.) 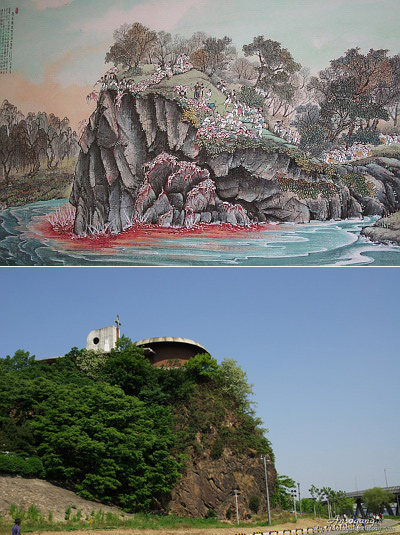 This is how it appears today. 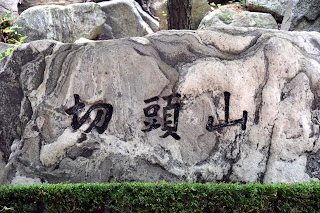 The Chinese characters for "Beheading Hill"

Here are some more images from our visit: 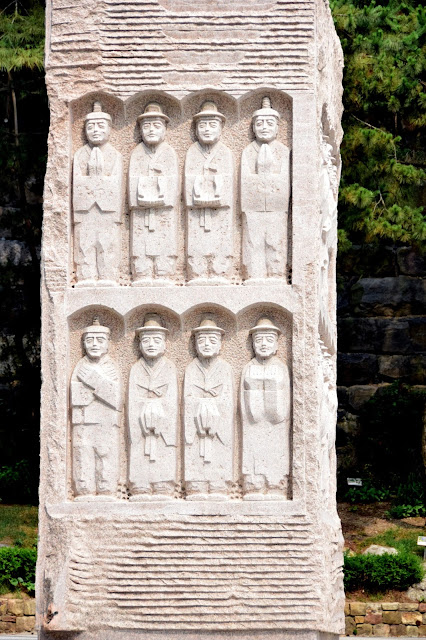 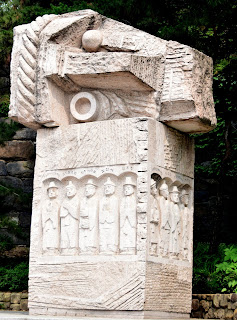 The above three commemorate some of the more famous martyrs. 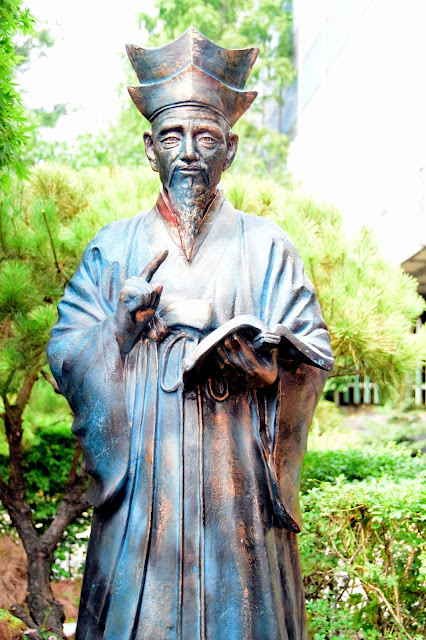 YI Seung-hun, one of the first Catholic martyrs, killed in 1801 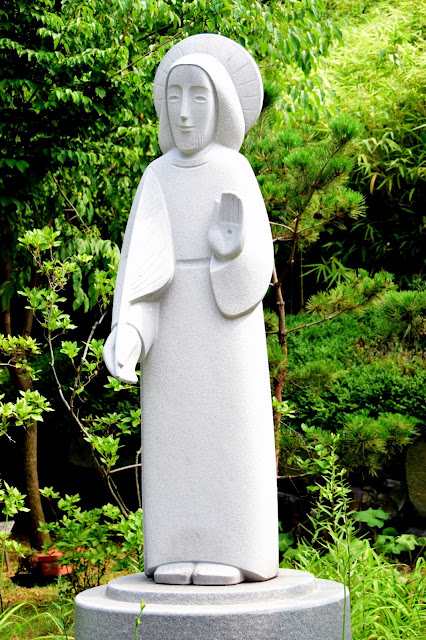 Jesus with a palm branch 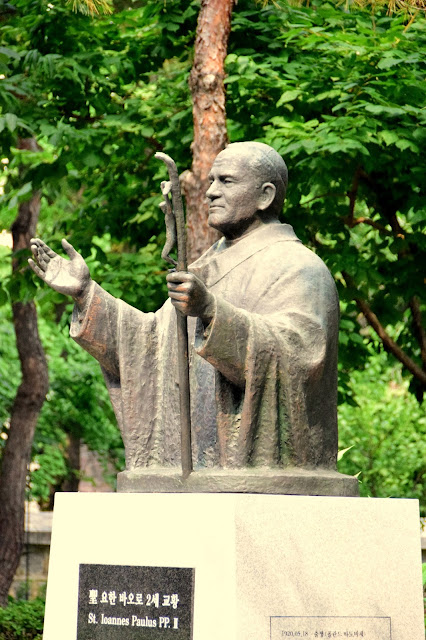 Pope John Paul II visited here in May, 1984 to commemorate the country's 200th year of Catholicism. While here, he canonized 103 Korean martyrs. 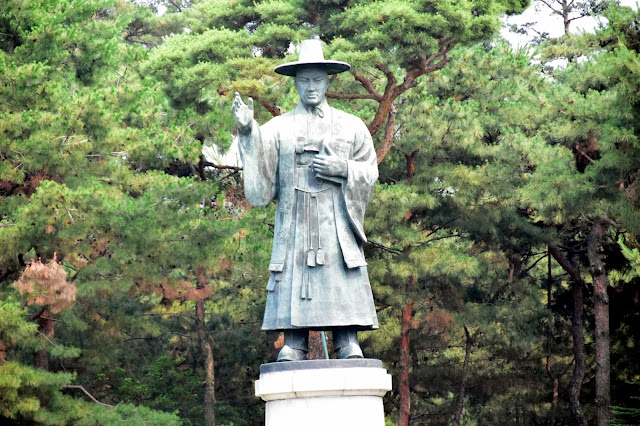 St. Andrew KIM Taegon, the 1st Korean-born Catholic priest, and considered the patron saint of Korea; martyred in 1846 at the age of 25. 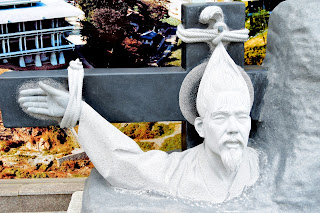 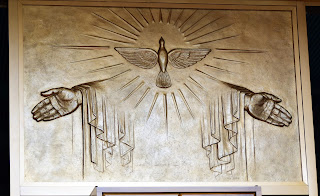 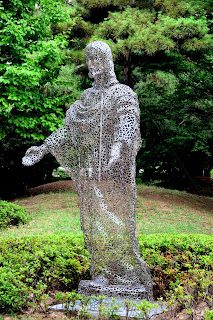 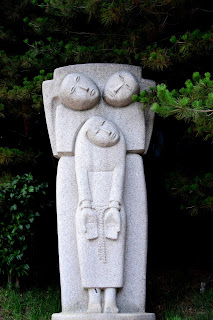 (3) The third stop for our little band of pilgrims was at the Seoul Central Mosque in Itaewon. A practicing Muslim is in the class. She actually broke her Ramadan month of fasting while here. This was her first visit to this mosque.

Women cannot enter the main prayer hall that the men use; they can go upstairs in a balcony area and offer their prayers. My student took the class members (we are an all-female class) to that balcony and showed them how to pray in Islam. 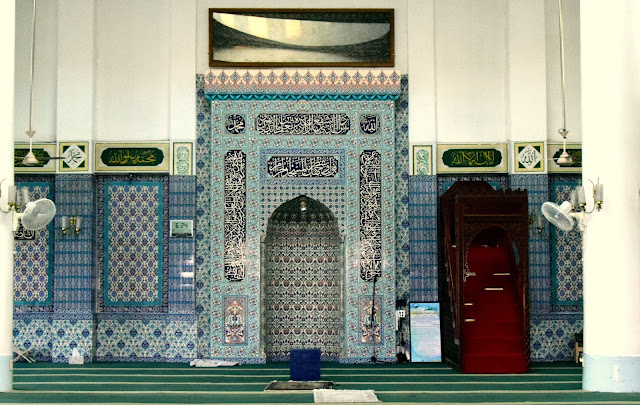 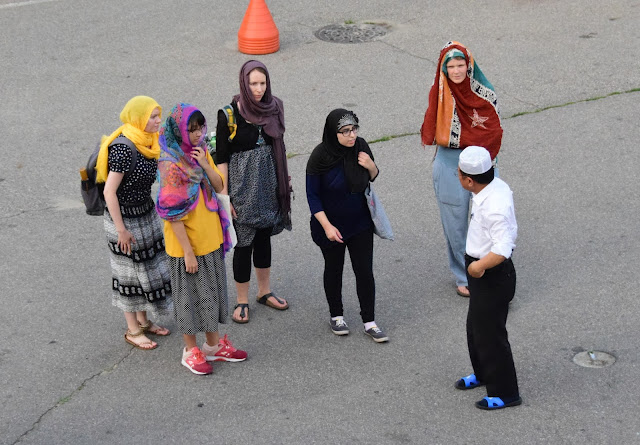 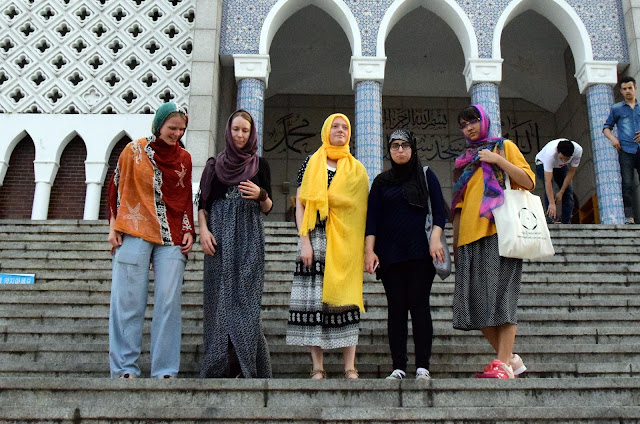 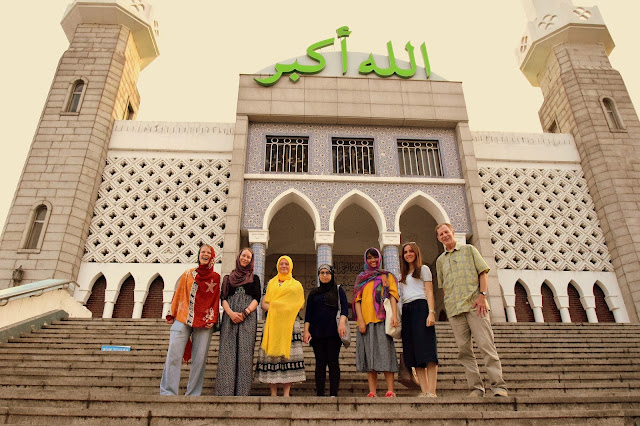 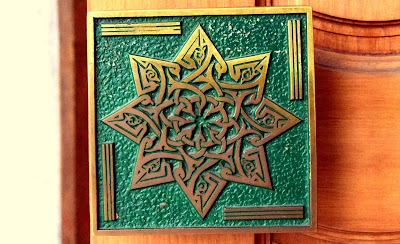 May your every step be a faith-full one!